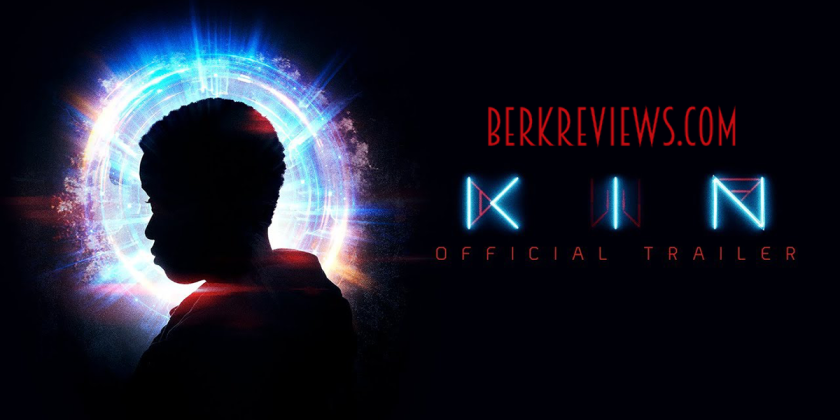 Kin (2018) appeared to have a great deal of potential on the surface. The premise is simple, yet compelling. Eli (Myles Truitt) is a young kid trying to figure out where he fits into this world and his family when he stumbles upon a futuristic assault rifle. His adopted brother, Jimmy (Jack Reynor), has been released from prison after serving a six-year sentence and is looking to return home to Eli and their father, Hal (Dennis Quaid). Things begin to get complicated (and they’ll continue to become infuriatingly too complex as they move forward), as Jimmy owes Taylor (James Franco), a low-life who appears to have his hands in a bit of everything from drugs to weapon smuggling, sixty-thousand dollars for protection he received while doing time.

Kin fails in almost every direction it tries to go

Thus, the beginning of a road trip tale is shoved into this coming-of-age story, as Jimmy convinces Eli it’s time they bond and that their father will join them later. Of course, Jimmy doesn’t know that Eli has taken this gun, and he has his own pursuers on his tail. Two figures wearing what look like motorcycle helmets with futuristic toys clearly want that weapon back…though they seem content with taking their time. The third antagonistic force against the brothers enters the picture after Jimmy decides his fourteen-year-old sibling needs to visit a stripclub.

Here, Eli makes a common mistake and becomes infatuated with one of the dancers named Milly (Zoë Kravitz). Milly’s boss, Lee (Romano Orzari), tolerates Jimmy’s drunkenness for a while as he is dropping a lot of money at his club, but he eventually grows tired of his shenanigans. Eli comes to the rescue with the mystery weapon, and Milly joins the brothers as they flee from Lee and his goons. However – Jimmy forgot his bag of cash, and now they need to steal it back from Lee during a high stakes poker game. Yeah, no…I’m not making this up.

I’ve skipped some of the major spoilers that lead to some of the events described, but it pretty much flows like this. One stupid thing happens that leads to another stupid thing. Franco’s character is so over-the-top that when we meet him, he has one of his cronies on a time-out. You know, the “put-your-nose-in-the-corner” kind of time out. This quote is actually a line from the film that a gang leader tells one of his thugs. Moments later, Taylor pulls an assault rifle out of a crate full of them that was just being used as an ottoman by his brother, Dutch (Gavin Fox), to threaten Jimmy about the money. Taylor only grows crazier as the film continues, and the extent to which he is willing to go to get Jimmy is often laughable.

Writing is definitely the biggest problem with this film. The dialogue stumbles at almost every turn with hilariously bad moments and ambiguous lines that were likely placeholders which never got revised during editing. None of the characters seem to have a sense of time – and neither does the audience, as the directors Jonathan Baker and Josh Baker just bombard us with scene after scene. Often, montages are used with dialogue cut out over scenes that would have probably been better to witness happen, choosing to instead give another boring set piece. While the simple idea of a young boy lost in the world and walking a thin line between a morally strict father and a often unethical big brother stumbles upon a futuristic weapon should be sufficient fuel for a compelling story, this film buries the lead with road trip story tropes and adolescent revelries.

Fortunately, I’m a big enough fan of Jack Reynor that I still managed to enjoy many of his scenes. His charm shines through, even when he’s saying stupid things or when we get a slow-motion scene of Eli doing donuts in their truck in the hotel parking lot, with Jimmy standing in the center of said donuts cheering him on. There is a realism to Reynor’s performances that tend to work, even in the most ridiculous stories. Truitt is stoic, but seems to be able to bounce off other performers well, and it is only amplified when he and Reynor are clicking.

This movie isn’t really worth your time. The plot is poorly structured and it’s never really action-packed or sci-fi enough. This film also doesn’t seem to know exactly who it’s audience is. It’s PG-13, but much of the content is just censored R-movie moments as though we were watching the TV edit of a better film. In the end, Kin earns the Not a Total Waste of Time rating.