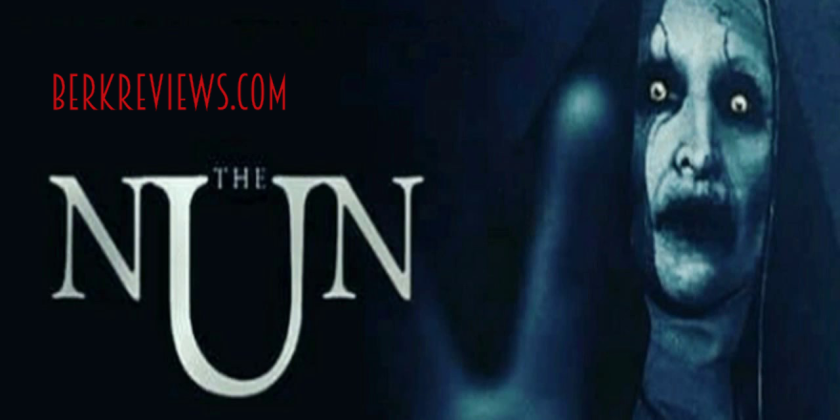 James Wan has crafted what is arguably the second best movie universe currently in production. It would be hard for anyone to say that Marvel isn’t leading the extended universe battles, but DC and the now defunct Dark Universe are clearly not as successful. The Nun (2018), directed by Corin Hardy, is the fifth film in the Conjurverse that are connected through Ed and Lorraine Warren, played by Patrick Wilson and Vera Farmiga, respectively. This entry in the universe jumps back twenty years and doesn’t directly involve Ed or Lorraine (which neither did Annabelle or, its often argued superior prequel, Annabelle Creation), but the film attempts to explain the origin of a demonic presence initially seen in The Conjuring 2.

The Nun isn’t great but managed to have some fun

Father Burke (Demián Bichir) and Sister Irene (Taissa Farmiga) – though she hasn’t taken her final vows – are sent to Romania by the Vatican to investigate the apparent suicide of a young nun. Once there, they hire Frenchie (Jonas Bloquet), the man who found the nun, to escort them to the abbey and castle to begin their investigation. It becomes apparent quickly that the ground is no longer holy, but the two push on to get to the bottom of what has happened at this once sacred place.

The biggest issue this film has is an inconsistency with tone. There are moments where I could envision Father Burke being played by Bruce Campbell instead, and just really biting down on the humor during the role. Not to insult Bichir, who plays the character well – but the atmosphere of the film shifts a few times, especially with Frenchie. He is the comedic relief, but he very much reminded me of Brendan Fraser’s character from the Mummy. While I liked the character, he often altered the feel of the film when he was present. Still, there are moments that are truly terrifying, while others, usually a result of bad dialogue, are outright laughable.

The Nun definitely suffers the most from what every extended universe franchise ultimately suffers from forced connectivity. If you’re going to link films together that don’t feature the same characters, it is inevitable to have scenes that exist simply to form that connection. Usually, those scenes an out of place and forced into the narrative of the current story, often at a detriment. Wan, Hardy, and screenwriter Gary Dauberman have at least three scenes in the film which exist solely for the sake of establishing connection. Of course, the whole premise of the film is to explore a character barely introduced in second film…and frankly, the titular Nun isn’t that compelling of a demon.

In fact, the movie only rarely touches on the lore of the Nun, often focusing on the backstory of Father Burke and alluding to Irene and Frenchie’s. It takes a while before the story of the Nun gets told, and is primarily crammed down our throat during the third act. The mystery elements of the story are revealed in a compelling way, or discovered by a cunning investigator. Facts are stumbled upon, and revelations are had through circumstance, while they perhaps could have been captivating if structured better.

Luckily, the movie is short enough and fun enough that it’s not too bad. It’s definitely not essential viewing, but fans of the Conjurverse will probably be hyped for the next entry in the series. However, if you’ve slept on the other films, I’d recommend that you’d just watch The Conjuring, and leave it at that. The Nun managed to still earn a Decent Watch rating.

I didn't dislike the Sonic movie, but I also found it to be rather boring. To be fair, I'm not the target audience. Still, my full review is up at Berkreviews.com
My review of #birdsofprey or #harleyquinnbirdsofprey or #fantabulous #emancipation of one #harleyquinn or whatever DC decides to call it is up now at Berkreviews.com
$1 each at #resale store at our local mall. I've seen some but not all of these.
My wife rocks and bought me this #babyyoda tshirt! #mandalorian #yodabestwife
#wedontbelonghere episode of #movieclub is out now. We continue watching the #antonyelchin films we haven't seen in #loveantosha month.
I really wanted The Rhythm Section to be great, but it's not. Luckily, Blake Lively is excellent. #review Berkreviews.com
Advertisements
%d bloggers like this: