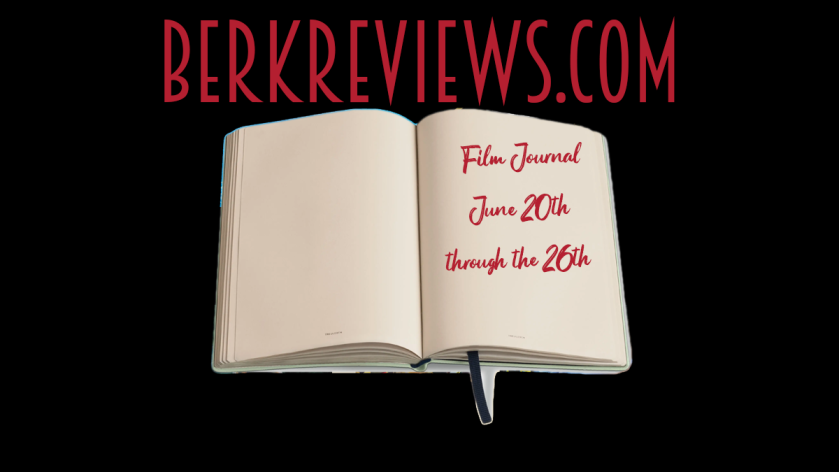 I had an active movie week for the first time in a while. I still managed to get some gaming in as well. One of the perks of being a teacher in the summer in the middle of a pandemic is that there is a ton of time spent just sitting. I was lucky enough to see a few upcoming digital releases that I’m mixed on, but one is great.

The most recent episode of Bloody Awesome Movie Podcast features my review on the Vast of Night. It’s an Amazon Prime original, and definitely worth your time. I enjoyed it more than Matt, but we were both positive with our criticism of the film. Listen here or wherever you get your podcasts.

I’m working my way through Spike Lee’s filmography, and I had wanted to get to the Inside Man a while ago. I always figured I would enjoy a movie that stars Denzel Washington, Clive Owen, Jodie Foster, and Christopher Plummer, with supporting performances from Willem Dafoe and Chiwetel Ejiofor. Not only did I enjoy it, but I found it to be unbelievably entertaining while still giving the Spike Lee take on things. It’s a great film, and one I wish I’d gotten to sooner.

Another Spike Lee film I’d been meaning to get to but know very little about. In fact, the term “clockers” refer to drug dealers, and I did not know that. Mekhi Phifer is phenomenal as Strike, a young dealer who is suffering from a stomach ailment while dealing with the anxieties of his profession. The big dealer is played by Delroy Lindo in the third Spike Lee film I’ve seen him in. This guy is a beast of a performer, and his role in Da 5 Bloods should be getting Oscar consideration. Joining them is Harvey Keitel as the detective investigating the murder of a rival dealer. The film focuses on the “did he/didn’t he” element, with Strike at the center of the crime. It’s both compelling and horrifying.

Movie Club dove into our final documentary for “the truth is out there” theme, and I picked Grizzly Man (2005). I’d not seen a Werner Herzog film, and I thought this one would be a good entry point. It is well regarded, and I enjoyed it very much despite the issues I may take with the subject matter. It’s available to watch on Amazon Prime, and our podcast is out now to listen to it.

I’d seen every Lilly and Lana Wachowski film except for Bound (1996). Before HBO Max provided me a means to watch this film, it seemed to be impossible to get a hold of. I’d seen most of their films prior to the Blank Check podcast listening, but Bound had eluded me. I went in knowing the entire plot – or at least I’d heard about it – but I really enjoyed this movie. Joe Pantoliano, Gina Gershon, and Jennifer Tilly are so incredible in this film. It’s such a small movie compared to their next film, The Matrix – but it’s executed with precision. It’s a simple story with great performances and awesome set design for the simplicity that it is.