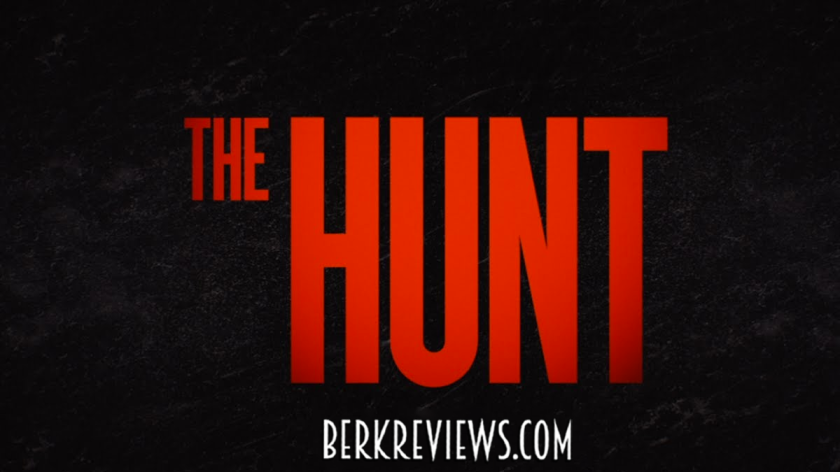 A film full of controversy prior to its release – and delayed because of it – The Hunt (2020) now has to be watched on the small screen after necessary worldwide Social Distancing is implemented to stem the spread of COVID-19, causing all theaters to close temporarily. Fortunately, this film works in either setting with what it is trying to do – which was the big surprise of the film. Written by the often progressive Damon Lindelof and Nick Cuse, this film takes a bit more of a bipartisan stance than one would have been expected.

Twelve strangers awaken in a mostly empty field. There is a large wooden crate that one of the people opens up to reveal…a pig in a costume who wanders off into the woods. There is also a large rack of guns and other weapons that the strangers begin dividing up. Things take a dark turn as their numbers begin to rapidly decrease, as they are systematically being hunted. However, the audience has a decent idea of who is doing the hunting, as the film begins with a series of text messages discussing the Manor, an apparent place where the rich hunt the poor.

There are a lot of celebrities and characters that get thrown into the film much more rapidly than one may have expected. It’s near impossible to discuss how they impact the story or the enjoyment of the film without spoiling some of the mayhem, but the first half-hour or so of the film is the most exciting part of it by far. In that first portion of the film, once the twelve wake up, a series of actors including Betty Gilpin, Hilary Swank, Ike Barinholtz, Wayne Duvall, Ethan Suplee, Emma Roberts, and several others that you may recognize reveal their roles. Each death in the opening moments hits those horror notes of murder that for some reason are entertaining.

Gilpin is the clear lead in the film, and she is definitely the best part of it. She has proven time and time again that she is capable of being a megastar, but she is often thrust into small roles or side characters. Even here when she finally gets to lead the film, she doesn’t get to really take over in that role for at least twenty minutes. There are other performances that are also enjoyable, but Gilpin’s performance and character shine.

The big question is whether or not The Hunt is worth the $20 rental fee it costs to see the film. It is a Blumhouse level horror film – but with these writers behind it, there are certainly layers to be analyzed. The end of the film will be what makes or breaks it for most viewers. As just an action/horror film it’s solid, and if you want to analyze it for the potential meaning, then it may elevate or crash. The Hunt earns the Decent Watch rating.