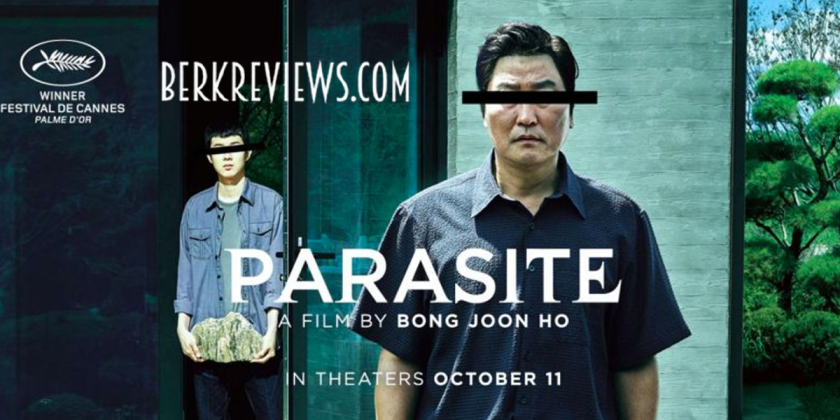 At this point, with the Oscar Nominations announced, most people have heard of Bong Joon Ho’s 2019 film Parasite and its 6 nominations.  I really wanted to catch this one in the theater, but it never quite came close enough to fit with my availability. It finally dropped an early digital release, and I didn’t hesitate to buy it after all the positive buzz. Of course, when you enter into a film with so much hype, it is rare for a film to live up to it. Parasite did and is clearly one of the best films from last year.

An unemployed family is trying to get by in South Korea any way they can. Ki-woo (Woo-sik Choi), is given a chance to tutor the daughter of a rich family, and he uses his wits and charm to slowly ingratiate his sister, his father, and his mother into various levels of employment there. The relationships that form take unexpected shapes and the work that they’ve done slowly starts to crumble when unexpected circumstances reveal themselves. It is quite difficult to discuss the plot of this film, as there is a need for this experience to be unsullied.

I love everything about this movie. The cinematography by Kyung-pyo Hong is absolutely gorgeous and inventive. Even simple moments – like when Ki-woo first leaves to go to his interview – the camera is positioned so that it pans with him as he turns down the alley. The camera placement, much like the plot, isn’t always where you would expect it to be. The set design is also interesting, and some locations – like the Park’s house – are absolutely amazing, while others – like the Kim’s basement apartment, for example – is claustrophobic and gross in specific moments.  Pairing the two together make for a stunning series of visuals, and exemplifies what the medium can do.

Every member of the cast presents unbelievably complex performances and characters. The father, Kim Ki-taek (Kang-ho Song ), is one of the clear stand-outs. He conveys so much emotion with very simple and subtle looks and actions. Kim Ki-jung (So-dam Park) is my absolute favorite performance. Both her character and her performance in the film just feels so natural. She is able to shift and change depending completely on the circumstances around her, and I just loved watching all of her scenes. I won’t go actor-by-actor, but rest assured that everyone is fantastic here.

This is the second film this year, with Marriage Story (2019) being the first, where the blocking of the scenes stood out to me. If you’re not familiar with the term, “blocking” is the planned movement of the characters and camera within a scene. You may notice that many movies just have characters sit and talk, and the movement only really happens with the camera and the editing. More ambitious directors want the world of the film to be more believable, and often we don’t have time to just stop what we are doing. There are several sequences in the Park’s home where the camera follows a character navigating the house and the other people in it, and the choreography of these moments is just brilliant.

See Parasite. You may be thinking that you don’t like subtitles. Perhaps you avoid international films for that reason. Maybe you think that you won’t understand what the story is about. One way to get past all of that is to watch a great film with those qualities you are concerned, with because it will help assuage your fears. Parasite is a great film and earns the Must See rating.