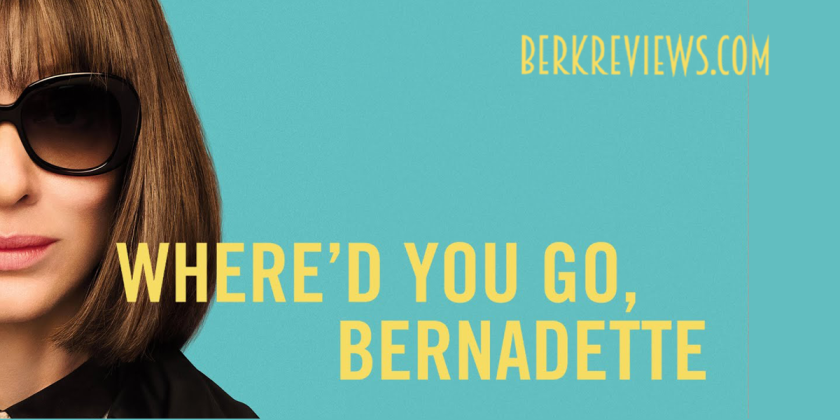 Where’d You Go, Bernadette (2019) title almost became its own fate, as it seemed for a moment that the new Richard Linklater film was never going to come out. To give some context, this film was on my most anticipated list for 2018, and then again this year. The cast and the first trailer had me very hyped to see the movie, and we even had a Top Five Movies Podcast episode that was inspired by the premise alluded to in the trailer; a mystery. However, it turns out this film isn’t a mystery as the title and the marketing would have you think it to be, but rather an exploration on one’s purpose. As it turns out, Bernadette was worth the wait.

Where’d You Go, Bernadette checked all the right boxes for me

Bernadette Fox (Cate Blanchett) was an architect for years – but after a few bumps, she decides to focus on being a mother. Her daughter, Bee (Emma Nelson), is now finishing out her middle school years, and convinces her mom and dad (Billy Crudup) to take her on a trip to Antarctica. This trip sends Bernadette’s anxiety soaring to new levels, which starts a series of events that make her consider reconnecting with her creative instincts.

I came in to the film expecting it to be a mystery where some characters are trying to figure out what happened to Bernadette. Luckily for me and the movie, I ended up loving the story that was there. The theme that the film seems to be getting at is that creators must create, and the absence of serving our “purpose” makes us go crazy. This resonated with me for a variety of reasons, but mostly because I’m a big advocate for the arts. Still, I could see this movie not working for others, where this message is lost on them or counter to their own perspective.

Bernadette is a perfect showcase of Blanchett’s talents. She owns this movie, and gets many opportunities to organically monologue while using voice-to-text on her phone and tablet. Her performance allows for you to really get to know the character, and what’s going on inside her head. The film is very reliant on the relationships between the characters, and they are great. One relationship that stood out was the hostile one with Bernadette’s neighbor, Audrey (Kristen Wiig). The rivalry starts small, and becomes increasingly more hostile as the film goes on. Bernadette’s relationship with Bee is the heart of the film, and one of my favorite parts.

I don’t love all of Linklater’s films, and I still need to watch the Before Trilogy. However, the movies that do work for me really work, and I loved this one. I laughed and I cried while watching the movie. Where’d You Go, Bernadette earns the Must See rating.