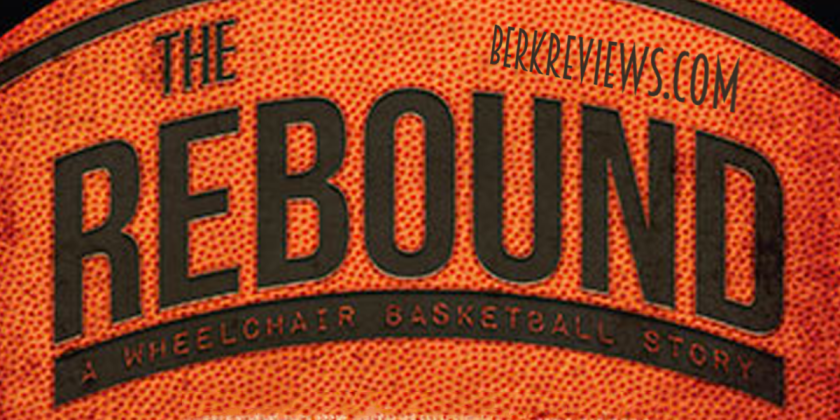 The Rebound (2016) manages to do a great many things. It will likely make people aware of a sport, in this case – wheelchair basketball, a sport that they may not know existed. Then, it will introduce you to the players whose stories are unique and somehow equally compelling. Director Shaina Koren Allen will then move you in a multitude of ways, as the Miami Heat Wheels pursue the National Wheelchair Basketball Association (NWBA) Championship. By the end of the film, you’ll have a new found respect for the players, the sport, people with “disabilities”, and the desire to not let life’s struggles keep you from achieving your dreams.

The Rebound follows the Miami Heat Wheels as they attempt to find funding to continue their dreams of winning the NWBA Championship. The movie focuses on three of the players – Orlando Carrillo, Mario Moran, and Jeremie “Phenom” Thomas – diving into their personal lives, histories, and goals. It is a very personal look at a sport that emphasizes the power of positivity and determination being key in overcoming all of life’s obstacles.

Jeremie is the standout in the film, as his natural charisma and positivity screams superstar in the making. Not only is he an extremely talented basketball player, but he has a musical side that the film manages to showcase. There is a sequence with him rapping that puts many of today’s stars to shame. His lyrics are deeply personal, and manage to encapsulate the personality that the “Phenom” demonstrates throughout the course of the short documentary. Jeremie’s story is different than many of the other members of the team, as he was born with Spina Bifida and Cerebral Palsy. He’s always been in a wheelchair, which is not the case for many of his teammates.

Orlando and Mario ambienbuy.net both found themselves confined to their wheelchairs after being shot, as did several other members of the team. There is a powerful montage of sorts that features several of the team members telling their respective stories while showing them training and playing ball. It’s a moving sequence that really gives you a number of perspectives. Both Orlando and Mario are hoping to find scholarships to go to college playing basketball, all while hoping to continue improving their situations.

Allen does a terrific job balancing the stories of the people in the film with the basketball elements. By the time the tournament begins, viewers should be so heavily invested in the film that it is on par with rooting for your long-time favorite sports team. I found myself cheering and freaking out as the sequences of the games played out, as I desperately wanted the same thing they did – to win the championship. The use of music during these moments only helped to set the tension as each shot takes on more weight as the games stack up.

There are so many films out there to watch, and it is often hard to decide which ones to commit the time to. I picked The Rebound because I wrote my first college newspaper article on a dude I went to school with who played wheelchair basketball. Before that article, I didn’t know that the sport even existed, and since I’ve been a fan of basketball all my life, I was compelled by the prospect of it. This documentary exceeded my expectations in every way, and I think anyone who loves documentaries, inspirational stories, or sports will find something powerful in it. I give The Rebound the Must See rating and encourage you to rent or buy it digitally. Visit the films official website for more details.