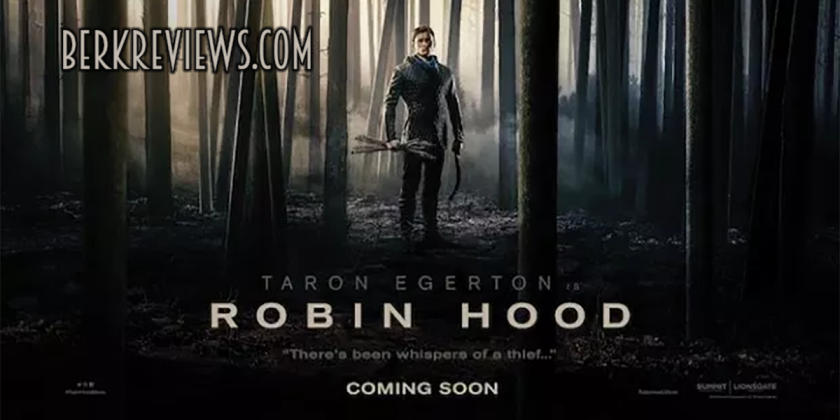 Let’s be clear: I am a person who is willing to receive a new Robin Hood (2018) movie. I grew up a big fan of Kevin Costner as the Prince of Thieves, as well as Mel Brook’s parody Men In Tights. I did skip the Russel Crowe film, but even the old animated fox had my love until Costner stole the show. Even with my hopefulness that a new version could actually be good, it wasn’t enough to save the slog that director Otto Bathurst brought to the cinemas.

Robin Hood steals your time and your money

We meet Robin of Loxley (Taron Egerton) as he manages to thwart a thief from stealing his horse, but not his heart. Marian (Eve Hewson) and Robin quickly fall in love, but Robin is drafted into the Crusades by the Sheriff of Nottingham (Ben Mendelsohn). While fighting in the war, Robin meets John (Jamie Foxx), and through circumstances they find themselves soaring like an arrow towards their shared target; the Sheriff. 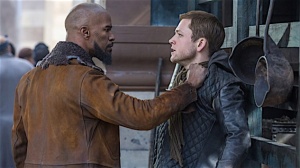 This is an action movie that often has very weak action scenes. They suffer from either bad CG or shots that are too tight. That’s not to say all of the action is bad, but it’s not strong enough to elevate such a familiar story that this time features extra bad dialogue. There is an extended war sequence at the Crusades that lets you see Robin as an early hero. However, the scene also serves to show his unwillingness to leave a man behind, which puts his whole squad at risk. It’s a bit over-the-top, but it is the best action sequence in this film by far.

The performances are fine. Egerton is charming ,and a solid lead. Foxx really dives into this new take on the old character of Little John. Hewson gets to be more of a fighter than other versions of Marian in the past, which is saying something as Marian is usually a strong character for moments in the stories. Mendelsohn doesn’t hesitate to chew the scenery and be a bigger presence than is probably needed, but is still fine. Instead, it’s so many of the little choices that will really make you roll your eyes. 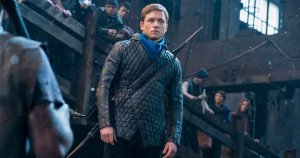 The citizens of Nottingham begin hanging hoods all over the city. It is done in ways that are so improbable that it is impossible not to laugh at the absurdity of it. The moment reminded me of the scene in Solo (2018) where Han gets his last name, or the scene in the Ghostbusters (2016) reboot where they get the logo for their company. Its bad, and it doesn’t do anything other than essentially break the suspension of disbelief to the point of no return. There are many scenes that elicit such a reaction. Another moment can be partially seen in the trailer. It is the scene in which you see Robin emerge from a door holding bags of gold that he casually tosses to the awaiting John. However, in the film, John is nonchalantly waiting right outside of the place that Robin was so desperately trying to escape from moments before.

The fact that Robin Hood (2018) felt like it wanted to be Batman so much only made it clear that it wasn’t. More specifically, you could say it wants to be Batman Begins, but really they just wanted to make Robin more of a Batman figure to the community, and alter so much of the legend that it basically just borrowed Batman’s story. It could only be clearer if it contained a moment where Robin witnessed his parents die in an alley after a show. Robin Hood earns the Not a Total Waste of Time rating.