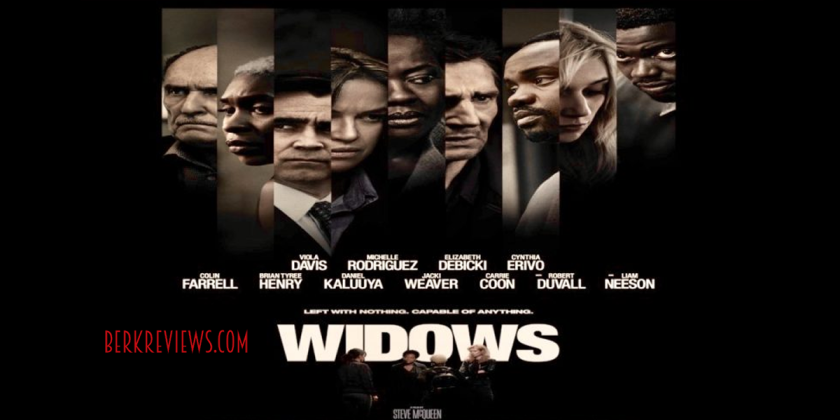 Widows (2018) is the first film directed by Steve McQueen that I have seen, and it will most certainly not be the last. There is so much to enjoy about this film from the story, to the plotting, to the acting, and to the direction. From the beginning to the end, this film demanded that I pay attention to it, and I gave in with no resistance.

Veronica (Viola Davis) finds herself spiraling after the death of her criminal husband Harry (Liam Neeson) leaves her vulnerable in multiple ways. Harry and his team had stolen a significant amount of money from Jamal Manning (Brian Tyree Henry), a criminal in his own right who is running for a political office. Manning wants the money returned to him, and Veronica seeks out the wives of the other members of Harry’s team in order to pull off the next heist Harry had planned.

While Veronica is the lead character, Alice (Elizabeth Debicki) and Linda (Michelle Rodriguez) get a sizable chunk of story time. The three women are all terrific in this film, with Viola Davis just reminding the world that she is quite possibly the best working actress today. She can do it all from drama to comedy, and in the process, she manages to elevate everyone around her. That is why it is not surprising how fantastic Debicki and Rodriquez are in this film. However, of the three, Alice’s character was the most compelling, as her arc seems the most prominent and empathetic. It should be noted that Cynthia Erivo does show up in a smaller role than I’d anticipated, but still gives another solid performance, making sure to leave her mark so the audience will be looking for her in upcoming projects.

There are several other great performances from Neeson, Henry, Colin Farrell, Daniel Kaluuya, and Robert Duvall. Each of these men gets some good scenes, but they are all at service to the bigger story. That’s the part that’s the hardest to get into – McQueen and co-writer Gillian Flynn have crafted an exceptional story that just simply moves. There are moments of quiet contemplation that often are ripe with tension as more and more of the story and the characters are revealed. The intertwined storylines weave together into a gorgeous tapestry of drama that will not soon be forgotten.

Widows (2018) was a film I’d initially only been interested in because of the cast members. Once the credits started, I sat in awe for a moment at the ride I’d just been on. There is definitely a lot for me still to digest from this movie, but the journey alone was easily worth my time. Widows earns the Must See rating, and my encouragement for you to see it on the big screen.