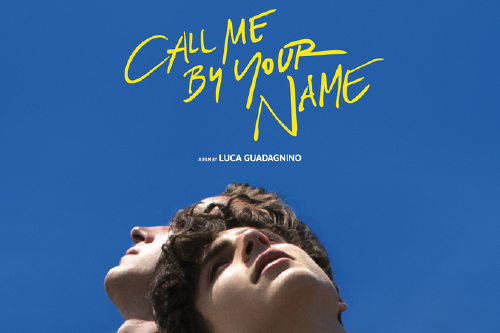 Call Me By Your Name (2017) is a fantastic film about love and sexual exploration. André Aciman’s novel, adapted by James Ivory, is brought to the big screen by Director Luca Guadagnino. While some of his choices are not perfect cinematically, the casting of the film is outstanding. Timothée Chalamet, Armie Hammer, and Michael Stuhlbarg give some of the best performances in the history of cinema.

Call me by your Name lived up to the hype

Set in Northern Italy in the early 80s, Elio (Chalamet) reluctantly begins a relationship with Oliver (Hammer), his father’s research assistant. There’s a rivalry at first, which turns to friendship, then finally evolves into an attraction. Elio is struggling to understand his feelings, and Chalamet is able to convey a wide range of emotions in a very naturalistic way.

When Oliver arrives, he has an air of arrogance about him that initially repulses, yet allures, Elio. The ladies of the area, many of which Elio is close with, all find Oliver sexy. Oliver approaches Elio during a volleyball game and places a hand on his shoulder. Noticing the tension of Elio’s shoulder, he attempts a shoulder rub that Elio pushes away from. This back and forth is the nature of their early relationship, until Elio is so allured by Oliver that he can’t help but approach him.

Their initial conversation in this film so expertly crafted, and the framing of these characters around a World War I statue is visually engaging. They are both hinting at what they are feeling, but are separated by history and the world they live in. They are close, but a distance has to be kept between them. There are a number of beautiful images that will set the tone for this blossoming love story; one in particular which stood out portrays them laying in a field after swimming in a river. The passage of this summer is paced well, and the story is both emotionally uplifting and devastating. 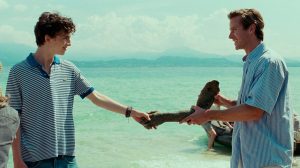 Michael Stuhlbarg, as Elio’s father, gets to deliver some of the best dialogue in the film. In particular, a conversation that he has with Elio towards the end of the film really cements a major theme. While I will leave specifics out as to not spoil anything, it is extremely touching and heartbreaking. Chalamet’s performance during the speech only makes the emotional reaction all the more powerful.

The film is aesthetically gorgeous, and the story told is equally as beautiful. “Call Me By Your Name”, an important phrase in the film as well as the title, is one that will undoubtedly push some people past their comfort zones, but hopefully the love expressed is so universal that anyone could relate. The film earns the Must See rating.