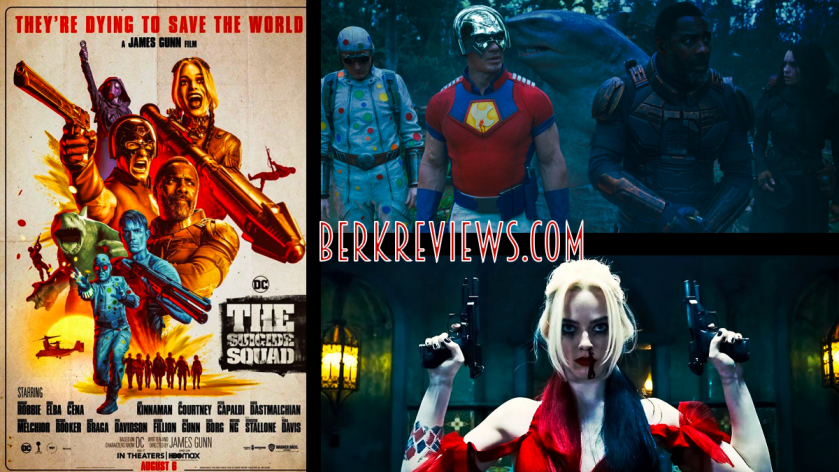 James Gunn absolutely crushed his take on The Suicide Squad (2021). Gunn delivers everything you want from a team of villains forced to do black-ops missions. The film is full of violent moments, laughs, and – the part that makes this film matter – heart. These characters are people, and Gunn is able to dive into their various layers – as screwed up as they may be – to make them matter. He also somehow manages to reboot the film while keeping enough of a connection to the original in a way to make you feel like the first film never happened.

Amanda Waller (Viola Davis) assembles a team of villains to send on a mission in exchange for lessening their prison sentences. Harley Quinn (Margot Robbie), Bloodsport (Idris Elba), Peacemaker (John Cena), and a cavalcade of freaks from Belle Reve prison get tapped to form Task Force X, and help end a violent takeover at Corto Maltese.

Robbie has long since been the highlight of the DCEU each time she’s been given the chance to play Harley Quinn. With Gunn writing the story, she shines even brighter as the cooky villainess. From the moment she shows up in the film, it’s clear that Gunn has a grasp of the character the other writers were only starting to understand. She isn’t a metahuman, but she is quite talented and knows how to survive.

Elba has been looking for a chance to shine in a blockbuster that isn’t garbage for a while. He gets that here. He always manages to be the diamond in the rough – but here, the film and cast surrounding him are up to his level of brightness. There is so much charm in this guy, and he clearly brings the action to the roles he plays. Bloodsport’s feud with Peacemaker is an exceptional part of the story, and gives us one of the best early action sequences: they are competing through kills, with each one trying to outshine the other. Cena continues to flex his comedic chops, and Gunn uses him perfectly.

Gunn’s talent with the camera and visuals is also a major highlight of this film. There is a sequence that begins as a reflection that is just absolutely awe-inspiring. Yet, another action scene that focuses on Harley (and is a little reminiscent of her stand-out action sequence from Birds of Prey) blends animation and violence in a very cool way. As Harley rages out, flowers burst from behind her, and then from the many people she shoots. Tiny animated birds fly around as this anti-Disney princess obliterates her obstacles. He finds interesting ways to show things that just make this film gorgeous, unlike so many of the murky DC films that have come before.

I loved The Suicide Squad, and hope James Gunn will maybe return to this franchise in the future – as long as he has big ideas to execute. He makes these characters come to life and matter in a way often not touched upon in the DCEU films. There is depth to these people, and we get a sense of who they are. It should be noted that there are some great performances besides the ones mentioned, with David Dastmalchian and Daniela Melchior standing out, just to name a few). The Suicide Squad earns the Must See rating.