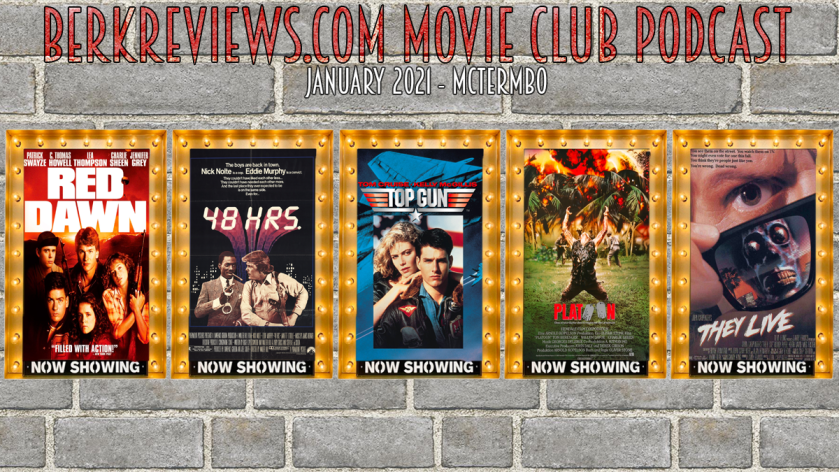 It’s February and romance is definitely in the air…well, at Movie Club it’s more of a Bromance. Jonathan (@berkreviews) and Corey (@coreyrstarr) decided that this year they’d focus on plutonic love and watch movies featuring two dudes becoming bros. There are some big movies that these two have missed that fall into this genre. Join them as they watch this month’s selections, share your thoughts, and listen to their reactions to these films featuring a budding friendship.

Plot Synopsis: The dawn of World War III. In mid-western America, a group of teenagers band together to defend their town, and their country, from invading Soviet forces.

Plot Synopsis: A hard-nosed cop reluctantly teams up with a wise-cracking criminal temporarily paroled to him, in order to track down a killer.

Plot Synopsis: As students at the United States Navy’s elite fighter weapons school compete to be best in the class, one daring young pilot learns a few things from a civilian instructor that are not taught in the classroom.

Plot Synopsis: A young soldier in Vietnam faces a moral crisis when confronted with the horrors of war and the duality of man.