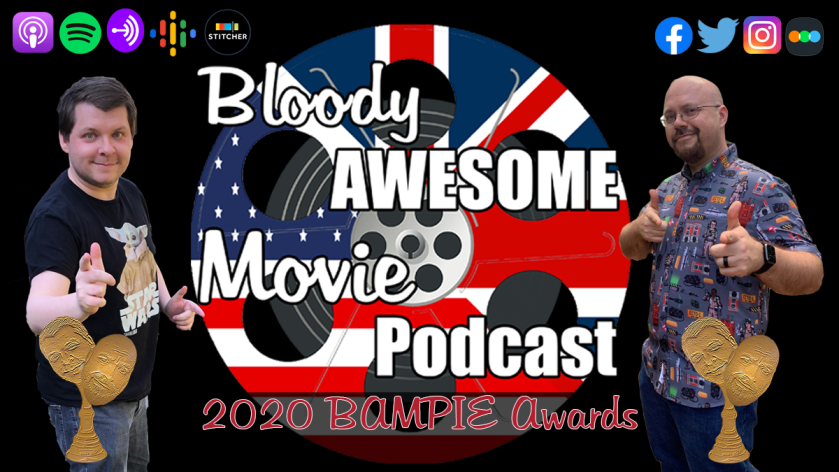 After a crazy year where most movies we expected to see were postponed, Matt and Jon haven’t been inside a theater for most of 2020, and they subjected themselves to the BAMPocalypse, it was time to reflect on the great movies they still caught from 2020. This is a special episode of BAMP and the first-ever BAMPie Awards! Jonathan and Matt made a variety of categories and picked their winners and the episode concludes with their top five movies from 2020.

Categories and the winners

Below this list is the categories and the winners from Matt and Jon. Spoilers for the episode.