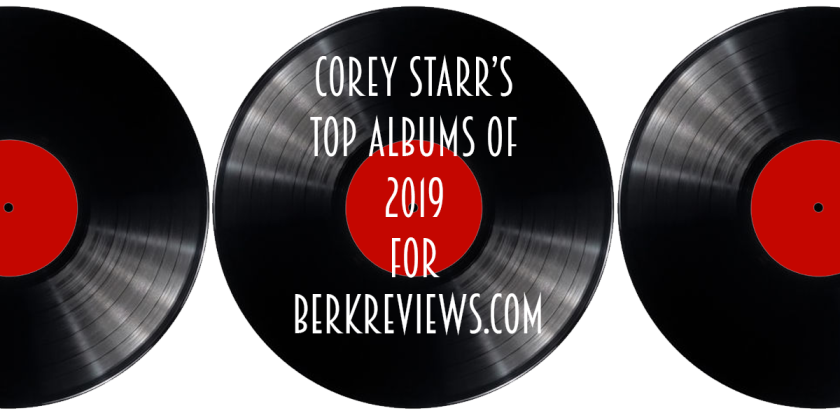 It’s that time of year again! Actually I think I might be earlier than usual so wooo! Without further ado, here are my ten favorite albums of the year in no particular order:

Iron & Wine is one of my favorites. So laid back. One of the first bands that comes to mind when I think of good listening on a slow Sunday morning. This is the second collaboration between these two and every track is divine. I had the pleasure of seeing them when they stopped in Boise and hearing it live makes it all seem even more lush and multilayered. That helped me be more appreciative and hear every single note and sound that goes into each song.

Damn. This album. I am so glad they released the singles they did and that I actually didn’t turn the station. Otherwise I woulda truly missed out. I haven’t been the biggest SK fan and that was all because the first album of theirs I listened to wasn’t for me. Lesson learned. RUIN and Bad Dance are my favorite tracks because they’re slightly spooky.

Not the Chromatics album we were expecting but a treat all the same. Opening the album with a cover was pretty unexpected. I can’t think of another instance off the top of my head. Italians Do It Better is one of my favorite labels. They offered this album as a $1 MP3 download- I believe all of their albums are available at this price. I have a pre-order in for the vinyl, too, but couldn’t wait. I think Ruth Radlelet’s voice, smooth and calm, is the perfect counter to their upbeat music.

I am very new to Big Thief but heard Not on the radio and BAM! They released their third and fourth album this year and really I can’t choose my favorite between the two so here we are. Adrianne Lenker’s voice is so unique, fragile, on edge, heartbreaking but still upbeat somehow.

I was sleeping on this album and have no idea why. I have been a fan of all the Silver Jews albums I have heard. I won’t have anything new to add here but his lyrics have always shone through for  me. This album is no exception. Fun, upbeat songs married with sad, sad words. Which is pretty much my favorite music. Is that it’s own genre? Maybe it should be.

The National – I Am Easy to Find

I love the accompanying short film starring Alicia Vikander that’s directed by Mike Mills. It brings the album even more to life. I feel like this might very well be their most ambitious album yet. And Lisa Hannigan, who has one of the most beautiful voices ever, sings on it.

I turned the station every time The Barrel came on. The band recently came to Boise and a couple of friends invited me. I reluctantly went. I am so glad I did. She is the strangest artist I think I may have ever seen perform but her music is an experience and now I can’t stop listening. If you have the time I recommend spending some of it watching her videos. I also suggest her 2017 KEXP performance. I have seen “psych folk” tossed around in regards to this band and that seems about right. The first three tracks on the album are probably my favorite.

I could probably listen to Karen O sing about anything. This collaboration is so good. I remember being so excited when I heard about it and this album did not disappoint. It’s upbeat, dance-y, and thoughtful. I love how different each of the tracks are.

Lark might be one of my favorite opening songs ever. It starts quiet but quickly builds to something so big and full before becoming more subdued. I think it is a great representation of what we are in for. Stand out tracks for me include Spring and What Is It.

This album goes from fuzzy, noisy shoegaze to anxious and menacing seamlessly. Definitely moodier than the bands last release Is The Is Are but I find myself listening to Deceiver far more.