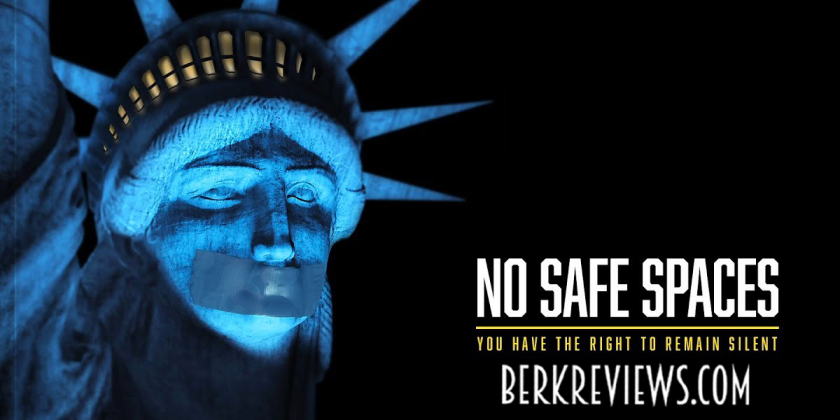 To be honest, I knew nothing about No Safe Spaces (2019) other than what friend and collaborator Big Tuna had told me. I watched Adam Carolla on the Man Show, Crank Yankers, and the occasional episode of Love Line – but I truly knew nothing about Dennis Prager. In fact, as of this writing, I have not done any research on the man or his politics. With that said,  the film lends its focus to the freedom of speech and the current “threat” against it. The documentary makes a strong case that all speech – including hate speech – must remain free in order for the concept to exist as a practical, applicable amendment.

Carolla, Prager, and the film’s director, Justin Folk, don’t seem to be encouraging hate speech, but rather pointing out that once you begin to limit what can be said and by who, the concept of free speech goes out the window. Right away, this is a controversial perspective – and when that perspective is coming from two wealthy apparent white guys, it can become even more controversial. Still, the arguments the film makes are sound and done in a mostly uninsulting way.

The downside of many of the controversial topics being discussed in the US right now is that “discussion” is essentially not happening. People don’t want to hear things they don’t agree with – and when they do, they act out in often violent (or at minimum, overly aggressive) ways. At least that’s what is depicted in this documentary. While it is unlikely everyone acts like this, there are plenty of examples available to show people unwilling to listen to another perspective and not get mad. The sequences that showcase the riots at Berkley really emphasize this point. Granted, some perspectives seem more deserving than others – but the documentary posits that limiting one’s ability to speak regardless of their idea is worrisome. In this idea, the documentary is successful in at least shaping its argument.

This is the type of movie that will definitely be polarizing, but that is likely what it set out to do. I think that regardless of your political stance, this is one worth watching and listening to. Not that you will change your mind…but I think listening to and re-evaluating one’s stance is something we need to do more of. No Safe Spaces earns the Not Quite Golden, Ponyboy rating.