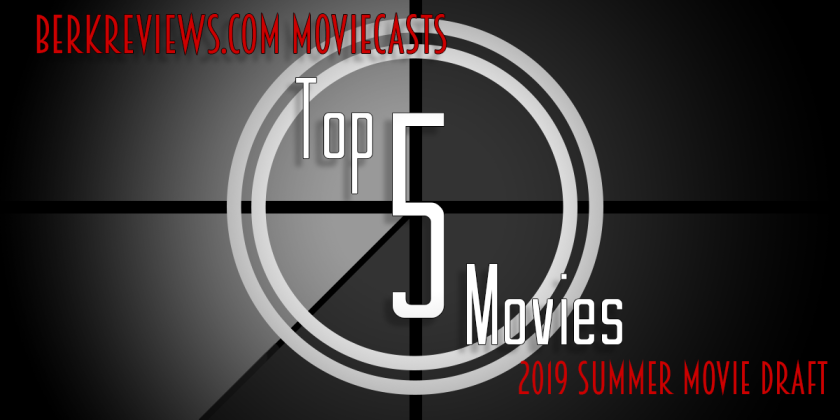 This episode features Jonathan (@berkreviews), Corey (@coreyrstarr), and Michael (@servermonkey) getting together to do the third annual Summer Movie Fantasy draft and previewing the 2019 summer movie line-up.

This works a lot like a fantasy football draft where each person picks one movie for five rounds that will represent their team. Each player earns points for their movies based on the Domestic Summer Box Office from Boxofficemojo.com and the movie’s Metascore from Metacritic.com used as a percent. The equation we use looks like this:

To try and level the playing field, instead of allowing Avengers: Endgame to be chosen, each player submitted their guess at what the domestic box-office will be for its entire run. The closest without going over will win 100 bonus points.

The episode has the draft happening life and previews the details of the film including the release date. At the end of the draft, the three discuss other films that they are looking forward to this summer. It’s a great way to hear about what’s coming as well as rooting for one to win all the points.

Following Along with the spreadsheet here