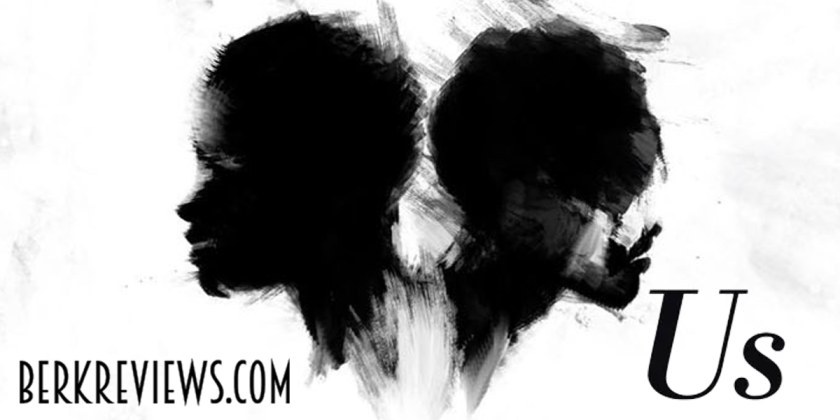 Jordan Peele surprised all of his fans with his directorial debut, Get Out (2017), as he was mostly known for comedy. When Us (2019) was announced and soon after the trailer dropped, it became clear that the film world could be facing the possibility of a new master of the horror genre. With Us now in theaters everywhere, the answer to the question of “Is Peele that director?” can be heard from fans and critics alike: YES!

Us is an outstanding sophomore effort by Peele.

Adelaide Wilson (Lupita Nyong’o) experienced a traumatic incident as a child in the late ‘80s when she wandered off from her parents at a carnival, ending up alone in a house of mirrors. Now as an adult with a family of her own, she travels with her husband, Gabe Wilson (Winston Duke), and her children, Zora (Shahadi Wright Joseph) and Jason (Evan Alex), to their beach house near that very same boardwalk carnival from her childhood in Santa Cruz. Adelaide freaks out as she feels a connection to her traumatic childhood experience… and then her fears prove valid. A duplicate but scarily different version of Adelaide’s family shows up in the driveway of their home, and it quickly becomes clear that their intentions are malevolent.

Nyong’o has proven herself as an actress prior to Peele’s new film, but she truly gets to showcase her range here. Playing two versions of what is essentially the same character ( or maybe it is the polar opposite character) is going to present any actor with challenges. Even before the Adelaide is confronted with her doppelgänger, Nyong’o has to display so much variety in character. Initially, she’s a mother just trying to keep her family functioning. Then, she is suffering from internal struggles that she isn’t willing to explain to her husband, who is watching her reaction to going to the beach with stunned shock. Jason goes missing at the beach – which the audience knows he’s not missing at all – but coupled with her own experience and motherly instinct, Adelaide freaks out when he isn’t where she thought he was. After all these moments, we are already seeing how much of an emotional wreck she is just from this family vacation, before her doppelgänger shows up, clearly intent on inflicting punishment.

As shown in the trailer, the doppelgängers are all dressed in red jumpsuits as they arrive and sit in the living room of the beach house, across from Adelaide’s confused and scared family. Here, Peele allows the pairing off of each person and their respective doppelgänger, leaving Adelaide to face herself. Her doppelgänger is the only one who has spoken, and it sounds immensely painful for her to do so. Nyong’o speaks with two distinct voices during this conversation, which grows creepier the longer it goes on. While clearly dealing with a number of things, Adelaide allows her motherly instinct to kick in and slowly burn away all the fears we’ve watched her struggle with, now that she knows the stakes are real.

Like Get Out, Us isn’t some cheap comedy that will look to simply make you jump as something suddenly flashes in a frame. Instead, Peele crafts an atmospheric thriller with characters who are complex and worthy of your empathy. Even more important than the surface level content is the possibilities of interpretation of what Peele is really saying about the world his characters live in – but more importantly, the world that which the audience resides in. Get Out wore its commentary on racism on its sleeve while managing to explore those themes in a rich way through the allegory of the film’s central story. Us seems to explore the overall interaction with how people treat each other, and ultimately, ourselves. There is much to read into in the film – and at times, the horror – and looking for meaning in the director’s choices starts to break down the logic of the reality of the film.

The movie begins with text telling the audience that there are numerous tunnels underneath the United States – U.S. – and then we see a wall of caged rabbits as the camera slowly pulls back. These rabbits become a major symbol in the film, though questioning some of the circumstances of the doppelgängers –  that will come to be referred to as “tethered” – starts to make the reality of the film feel impossible. However, it’s a horror movie, and the suspension of disbelief usually must be high. Fortunately, the film is engaging and terrifying enough that most audiences won’t be troubled during the film with any doubts, as the characters buy into their world completely.

Peele does not appear to be affected by the feared “sophomore slump”, and his second film stands strong against his first. Us asks a bit more from its audience than Get Out did, showing that Peele isn’t afraid to take risks. If that trend continues, the world is in store for some high quality, cerebral horror movies in the years to come. Us earns the Must See rating.