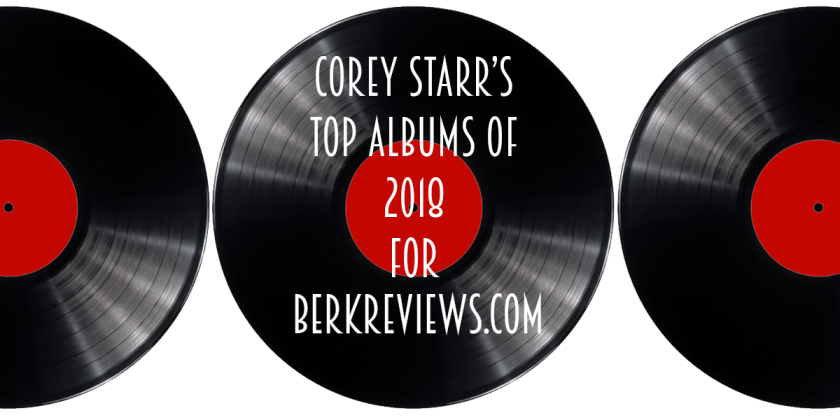 Oh hey, guys. Just here with my top albums of 2018. You know a week into 2019. It’s fine. I thought I could keep this to ten but didn’t have the heart to leave off some of these! Also, I hate writing and I am sure that shines through here.

I’m not really sure about everyone else but this is hands down my favorite album of the year which is pretty monumental if you know me at all. It is my favorite Beach House album. It’s moody and hypnotic. I can (and have) listened to Lemon Glow (one of my favorite singles evaaa) four times in a row. Beach House makes some of the best flowing albums I have ever heard and 7 hits that mark again. Lose Your Smile and Girl of the year are other favorites of mine. I wish I could have seen them on this tour. Sub Pop released a beautiful yellow Loser Edition if you can still get your hands on it.

So I’m late to the party, as usual. I heard about this album back when it was released (hey SubPop, I love you. Please hire me.) On first listen I couldn’t even make it through album opener Quorum. It’s crackly and fades in and out. To be honest it stressed me out. I decided to give it another listen and I am so glad I did. The complexity of this album just blows me away. I’m hooked and the great thing about getting into a band twenty-five years into their career is you have plenty of music to make your way through. I’m really freakin’ excited they’ll be coming to Treefort next year. Holy hell.

I love Robyn. She can go from heartbreaking to straight up badass in one millisecond. This is her first solo album since 2010’s Bodytalk (which is one of my favorites of all time) and it was worth wait. I 100% guarantee an impromptu dance party whenever you put her on so it may not be best when you should be doing chores or some other responsible whatever. On Honey, Robyn proves once again pop music can be really good. It clocks in at 40 minutes and not one second is wasted.

I Don’t Want: The Gold Fire Sessions by Santigold

I loooooooove Santi. This is her funkiest release to date. And it kinda came out of nowhere. I’m pretty disappointed it didn’t get a physical release but maybe someone somewhere can pull some strings and get us a super special vinyl pressing. Such a good summertime album. I die every time Run the Road comes on the radio. Shout out to Sirius XMU for getting me through my morning commute. I Don’t Want and Valley of Dolls are my other top tracks here.

The Lamb by Lala Lala

I don’t really know what to say about this band. They’re on SubPop’s sister label Hardly Art and I had read some buzz. They ended up opening for Why? On their 10th Anniversary Alopecia tour and I was completely captivated their whole set. This whole album is so good. I picked up a copy at the show from lead singer/guitarist/lyricist Lily and we had a nice short, awkward exchange because it was pretty loud in the venue and my personality really shines through sometimes. I can’t even count how many times I’ve listened to it. If you’re short on time and want a small sample of this band I’d suggest a listen to When You Die and See You at Home. If you guys find their first album let your girl know cause I NEED it.

Indigo by Wild Nothing

Even if this wasn’t such a great album on it’s own I’d still include it just for the non-cheesy use of sax on just about every song. Synths, guitars, it’s all here and all good. You all know how much I love sad lyrics set to upbeat music. If you enjoy this type of music I recommend you check out more of the releases from Captured Tracks, an indie label based outta New York. I have come to realize over the past few years that dream pop is one of my favorite genres and Wild Nothing was one of the first bands I came across when exploring it more.

I knew I was going to love this album when they released the first single/title track, Little Dark Age, in October 2017. This album sounds like it was nabbed outta the late 70s, early 80s. I can’t help but hear video games all over the place, too. My favorite tracks are LDA (duh),  When You Die (second time a track of this title is showing up on this list. NBD), and Hand it Over.

I am a HUGE fan of J and Dinosaur Jr. I’m not really sure why they/he hate(s) Idaho but it makes me sad and I haven’t been able to coordinate a trip around seeing them soooo. J’s solo work is way more chill and features mostly acoustic songs. Here on his third solo venture, we get another perfect record to play through on a lazy, rainy Sunday. I am really happy he got some radio play with See You at the Movies but my favorites are Web So Dense, I Went Dust, and Wanted You Around. Mostly I am a sap but you probably already know that.

All Nerve by The Breeders

I own three other albums by The Breeders (this is their fifth) but I really haven’t devoted enough time listening to them. This album got my attention right away. I gave it a listen with NPR First Listen and knew right away I was gonna need to buy it. Metagoth is a little dark and uneasy and it’s followed up by Spacewoman which starts out sparse but sounds big fast. And the lyrics on this album especially the two previously mentioned songs are so humanizing.

I *don’t* wanna be that guy but Sam Beam (who has the best beard in rock music) lost me there for a couple of albums (Kiss Each Other Clean and Ghost on Ghost.) Unfortunately for me, the first time I saw him live was around one of those albums and the show just left me a little confused, to be honest. He played every song with electric guitar and I didn’t really know what was going on. My little heart was so happy when I heard this album because it was a definite return to form. And a return to SubPop records so take what you will from all of that. I love the rich texture of his songs and how front and center his voice is. Also, cello. I love the cello.

Sparkle Hard by Stephen Malkmus and the Jicks

It is my own fault going into post-Pavement Stephen Malkmus and being disappointed it wasn’t just an extension of Pavement. For some reason, the Jicks just didn’t hit me as Pavement did. I am due for another run through of their albums because they deserve better especially after falling in love with Sparkle Hard. I am really happy Refute (the country-soaked track featuring the queen Kim Gordon) got released as a single. I feel like they missed out on a pretty grand opportunity though- they shoulda pressed it on clear vinyl with glitter inside!

There is no one on the planet that sounds like David Byrne. From The Talking Heads, his work with Brian Eno and St. Vincent to his solo albums he transcends genres. He is innovative and timeless. I am so glad I got to see him in May (and that he played Naive Melody because I can die a happy woman now.) One of my favorite things this year was the Reasons to be Cheerful website he started and the good news he shared across his social media accounts. We are smothered in sad, shitty news 24 hours a day and it was a refreshing break from that. Even if it was only for a few minutes whenever I was able to catch a post. Back to American Utopia, I love album opener I Dance Like This. This album makes me feel good. It’s not really one I can put on in the background cause I wanna be a part of what’s going on.

I became aware of Big Star thanks to The Replacements song Alex Chilton many years ago but never really dived into their work. For Record Store Day Black Friday this year, this tribute album was released for the first time on vinyl- beautiful blue and white marble vinyl to be exact. Whiskeytown, Gin Blossoms, Teenage Fanclub, Wilco, the Posies and many others contributed to the album. One of my favorite covers is You Get What You Deserve by the Idle Wilds. Big Star also has a track on the album, Hot Thing. I had to do a little digging to see why this was included and the best thing I could find is this was the first song they recorded when they got back together in the ’90s. This cover album is exactly the push I needed to explore Big Star’s music.

I LOVE this movie so much and the soundtrack just punches me right in the heart. So many musicians contributed new songs to this soundtrack. My personal favorites are Ryan Adams’ (swoon!) 20th Call of the Day and Conor Oberst’s LAX. Being completely cross-my-heart honest Ethan Hawke’s covers of these songs as well as The Kink’s Waterloo Sunset are what steal the show.

Whoa. Hey Mr. David Byrne, who makes two appearances on my list. In honor of the Criterion release of the film, Nonesuch Records reissued the complete soundtrack on vinyl. It’s a fun mix and I find myself putting it on and letting it play through multiple times. Of course, David Byrne and Talking Heads tracks make up the bulk of the soundtrack but there are some other musicians interspersed throughout. Now I just need to watch the film that remains unopened.