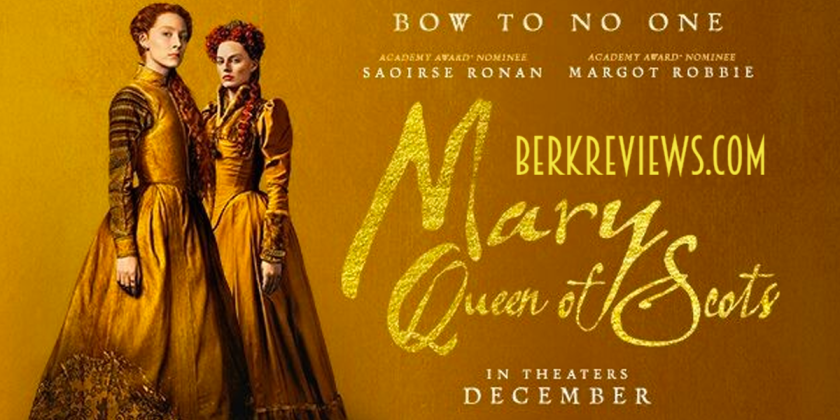 Mary Queen of Scots (2018) is a movie with its eyes set on the Oscars. Unfortunately, I found it to be one of the most boring films I can remember watching. There were times I considered leaving because I just couldn’t see myself caring any more about it than I did at that moment, but I stuck it out. By the end, I definitely felt like I could have spent my time better than finishing a film that really didn’t do anything to earn the concept of entertainment.

Despite two great leads, Mary Queen of Scots was too dull

Mary Stuart (Saoirse Ronan) returns to claim her throne in Scotland, causing much controversy as she is a devout Catholic and the monarchy in England and the surrounding areas have converted to Protestant. They do not wish to have the Papacy influence their lives, and have severed ties to the Catholic church. She threatens their way of life and the throne of England as Queen Elizabeth I (Margot Robbie) has neither produced nor named an heir.

Ronan and Robbie both perform well, but manage to give fairly understated performances, considering the melodrama unfolding around them. Director Josie Rourke uses a cold open to allude to the end of the story, which seems extremely unnecessary as it neither grabs the interest of the audience nor offers a surprise payoff when we finally catch up to the scene. The highly marketed and supposedly fictionalized meeting of Elizabeth and Mary was nowhere near as dramatic as the trailers would have you believe. The most biting insult thrown at Elizabeth by Mary is quickly softened by a logical explanation of Mary’s intention of the term “inferior”.  Yet, despite all of the conspiracies, the fragile male egos, and the romantic manipulations, this film never feels to have any urgency or suspension whatsoever. Even the few battle sequences that are attempted are bland, and offer little in the way of excitement.

The production design of the film is solid. It’s costumes, primarily the dresses of the queens, are gorgeous. Yet, production design rarely makes a movie work for me. Thus, the sets and costumes do little to make me want to revisit this film again. In fact, it didn’t help me to at least enjoy the experience the first time around.

It is always so much harder to write a review like this. There isn’t one specific thing that I can point out that made me not enjoy this film. The performances aren’t bad, and I can’t say the writing is bad. It just didn’t do anything for me in almost any way. Mary Queen of Scots earns the Not a Total Waste of Time with a bit of plague-like illness setting in.