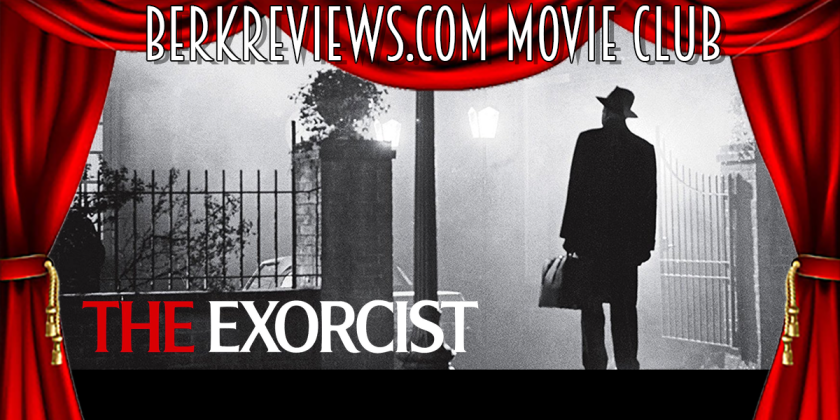 Jonathan (@berkreviews) picked The Exorcist (1973) for this episode of Movie Club. October has traditionally been for horror movies and this year is no different. Corey (@coreyrstarr) had seen it before, but it had been a while for either of them so it was time for a rewatch. The film is directed by William Friedkin and starring Ellen Burstyn, Max von Sydow, Linda Blair, and Jason Miller. A big reason we picked this film was because of friend-of-the-show, Matt Hudson from What I Watched Tonight, loves it.

For our last episode of October, Corey selected Starry Eyes. The film is directed by Kevin Kölsch and Dennis Widmyer and stars Alex Essoe, Amanda Fuller, and Noah Segan. We bought it on Vudu and that’s how we will be watching it. Feel free to send your thoughts to us on social media or via email.