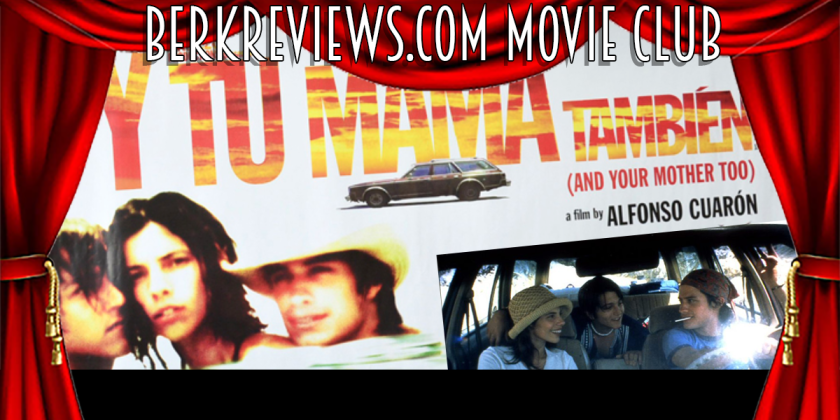 Jonathan (@berkreviews) chose Y Tu Mamá También for the second film during July for the coming of age theme. Neither he nor Corey (@coreyrstarr) had seen this 2001 film directed by Alfonso Cuarón starring Maribel Verdú, Gael García Bernal, and Diego Luna. Jonathan and Corey definitely didn’t see eye to eye on this film though. It’s definitely viewing for mature audiences but is available to stream on Netflix.

Corey has never seen Zach Braff’s Garden State (2004) and it is her selection for the next episode. Zach Braff stars alongside Peter Sarsgaard and Natalie Portman. Jonathan watched this a couple of years ago but is looking forward to a second viewing. They’d love to hear your thoughts on the film so send an email to contact@berkreviews.com for a chance to have your ideas read on the episode.