Director Paul Schrader’s First Reformed (2017) is a challenging film in many ways. One way is that it’s rare for me to be challenged with how to articulate my feelings about a film…this one has had me stumped. I enjoyed so much of the film and found a majority of it to be extremely compelling and contemplative. However, the ending left me feeling uncertain about the rest of the experience. I loved the performances, and the cinematography was so well composed and lit that you feel that you are in Reverand Toller’s world. This was at times comforting, at other times frustrating, and later even more disturbing.

First Reformed is a tough film, but rewarding

Toller (Ethan Hawke) is the head of a small church which doubles as a museum. While the congregation is small – his church is still only functioning because a local megachurch has kept it going due to its historical significance – Mary (Amanda Seyfried) approaches him to help counsel her husband Michael (Philip Ettinger). They’re pregnant, but Michael’s fear of the state of the world has him questioning whether its ethical to bring a child into it. Toller is devout, but some of what Michael asks has him wondering about his own purpose on this earth. 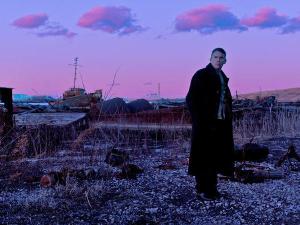 Hawk is the star here, and he gives an amazing performance. Whether we are hearing his voiceover as he embarks on an experiment of a journal, or he is giving advice to members of his flock, Hawk delivers. Toller’s journey in the film takes many turns, and it’s a compelling journey to watch. The interactions he has with Michael, Mary, Esther (Victoria Hill), and the pastor of the megachurch (played by Cedric the Entertainer) are all significant in shaping our understanding of who he is and how he got to this point. His life has been a challenging one, and he opts to live minimalistically in the residence of his museum church. We learn a little about how he ended up in this position, but we learn quickly that he is strong in his faith. Yet, his opinion of the world is malleable, and he begins to question exactly what role he should play in the tapestry of man.

First Reformed is definitely going to make you uncomfortable at times. Schrader isn’t afraid to push the audience out of their comfort zone. Some of the messages he delivers in the film are a little preachy (though more political in nature), but if they align with your own stance, it may not be as evident. Still, the film offers a lot to think, on and it is expertly crafted up until the ending, earning it the Not Quite Golden, Ponyboy rating.