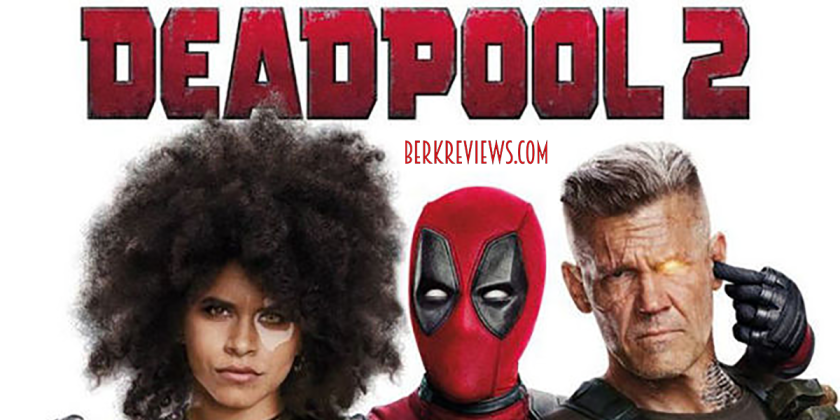 I saw Deadpool 2 on Thursday, May 17th, and wrote my review for it soon after arriving home. Before doing so I saw a review on Letterboxd where a person pointed out the senseless violence. Before getting around to posting my review, another tragic school shooting happened in Texas. I have not altered my review, but I feel the need to give a little more context to my stance. In my day to day life, as both a high school teacher of film and journalism and a family man, I abhor violence. I would even go as far to say I’m a pacifist. Yet, I’m a fan of UFC, violent movies and TV, and violent video games. It may seem like a double standard to some, but to me, it’s a manifestation of my obsession with rules. While video games and visual entertainment are fictional, UFC is an example of real people doing real violence to each other. I wrap my head around this because of the governing rules that the organization has and the fact that both fighters have agreed to them beforehand. Thus, my defense of the violence in Deadpool 2 comes from this space. I do not condone real-life violence as an answer to any situation where it is avoidable, nor do I condone with the far-too-frequent mass shootings that keep occurring. With that in mind, please understand that my support of the filmmakers to have so much violence in the film (and from the source material) does not equate to support of real-life violence. Thank you!

Deadpool has never been for everybody. He’s an anti-hero to end all anti-heroes. In fact, it’s possible to say that Deadpool is the anti-human character in many ways. His disregard for most human life is evident when he mocks the people he kills and while he is constantly maiming bad guys he, himself, acknowledges that he isn’t a hero. However, the character that Ryan Reynolds, Rhett Reese, Paul Wernick, Tim Miller, and Deadpool 2 director David Leitch have managed to put on the big screen is a little bit lovable – which is why it’s hard not to laugh at the humor and over-the-top violence that the franchise brings, especially if you get that a lot of it is done satirically. 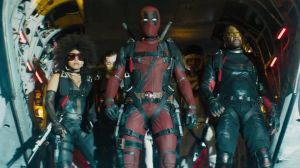 Deadpool 2 features the Merc-with-a-mouth, Wade Wilson (Reynolds) still killing bad guys whenever and however he can. After a hit goes wrong and his life is forever altered, he begins looking for possible ways of redemption, and his old buddy Colossus  (voiced by Stefan Kapicic) tries to convince him to join the X-Men again. However, Wade finds his opportunity in a young mutant named Russell (Julian Dennison), after Cable (Josh Brolin), a futuristic soldier, shows up and tries to kill the kid.

While Colossus and Negasonic Teenage Warhead (Brianna Hildebrand) were in the first film, it was prominently a solo film. Deadpool 2 adds a number of new characters that Wade assembles into a team he calls X-Force (not a spoiler, because this is in the trailer) to take on Cable. There is a section in the middle of the film that is reminiscent of a heist film as he “interviews” potential candidates for his team. There is a lot of fun in these moments, both with the comic characters that are pulled and the casting of many of them. The highlight of the team is Domino (Zazie Beetz), whose superpower is simply luck. That may not sound like much of a power – a meta-joke that Deadpool really harps on for a bit- but the filmmakers manage to do quite a bit of cool action set pieces with it.

Brolin is great, and the chemistry that Reynolds crafts with him is exactly what fans of the comics will likely want. The fights between them are visually strong, as are most of the action moments in the film despite most of them being CG, and they are full of witty banter. The film is full of meta-commentary on itself and the world outside of the film, which is a trademark of Wade Wilson. While excessively violent, it’s all done with a sense of wonder and absurdity, as it seems to pull its cartoon violence from the old Looney Toons. Even an early explosion that shows Wade in the aftermath feels very much like a scene from the old cartoons where Daffy would pick up with beak and reattach it before walking off with a snide comment.

It’s definitely clear that Deadpool 2 isn’t for everyone. However, fans of the first film will find this one to be as enjoyable. The narrative is convoluted in many ways, but a simple theme emerges, and all of the nonsense does coalesce into a sensible pile of chimichangas. Sidenote – Fans of Hunt for the Wilder people will notice that Dennison is basically playing a very similar character in this film that he did there, albeit with superpowers. Deadpool 2 earns my Must See rating, with the warning that this film isn’t for everyone.