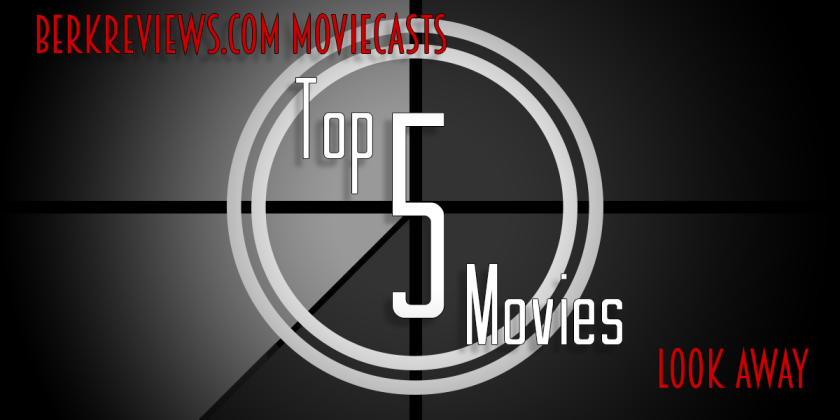 For episode 098, Jonathan (@berkreviews), Michael (@servermonkey), and Corey (@coreyrstarr) decided to look at the moments from films that they just couldn’t watch. These are moments where they just had to Look Away from the screen whether it was too gruesome, too scary, or just too bizarre and uncomfortable to watch. There are plenty of moments to choose from in the history of film, but these are the ones that stood out to the trio.

There are two types of Top Five Movie episodes. The traditional format of the show features Jonathan and two guests, usually Corey and Mike, who create their lists for the chosen topic in secret and reveal them on the episode. The other format is an interview style where a guest discusses films in general and ends the episode going over their personal, all-time Top Five.