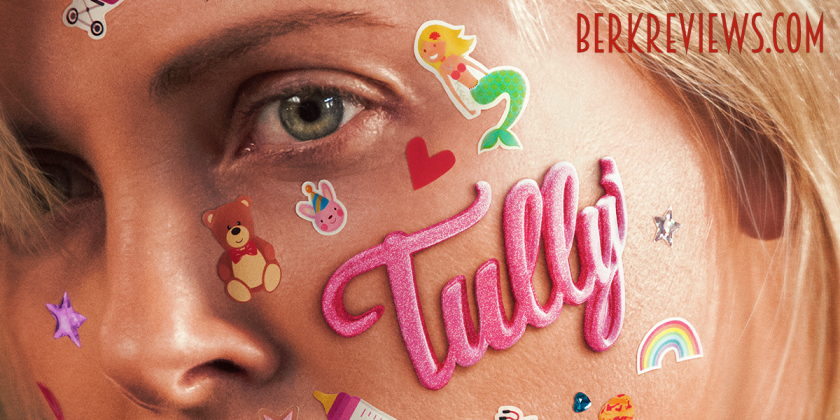 Tully (2018) is the third collaboration between director Jason Reitman and writer Diablo Cody, and the second film in which they’ve worked with Charlize Theron. Juno (2007) and Young Adult (2011) and Tully seem to be connected both thematically and personally from Cody’s life. Juno features a young kid who thinks she’s smarter than the adults around her but learns a humbling lesson after getting pregnant. Young Adult has a woman who hasn’t really grown up yet and is attempting to rekindle elements of her youth by regaining her high school sweetheart. This exploration through age continues with Tully.

Tully is endlessly heartfelt and engaging

Marlo (Theron) and her husband Drew (Ron Livingston) are pregnant with their third child, who is due any minute. They live a perfectly normal life, but the weight of responsibility is clearly weighing on her. Her brother Craig (Mark Duplass) buys her a night nanny, named Tully (Mackenzie Davis), to help his sister get a break during the first months of the new child’s arrival. While initially hesitant to the idea of a stranger in her home with her baby, Marlo takes the offer and forms an unexpected bond with Tully.

Theron is a powerhouse in this movie. She brings a lot of humor to the role, but also the anguish, heartbreak, love, and exhaustion that one would expect given her character’s circumstances. You laugh with her, you feel for her, and you wince when she makes has a misstep. It’s a much different character than her previous work with Reitman and Cody and is far more sympathetic. There is a montage in this film that is so expertly edited that shows the first several days of having the newborn that captures full gamut of emotions that is having a new baby – which ultimately leads to the arrival of Tully. 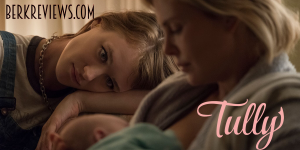 Davis is a spark plug full of so much energy in this move that it’s almost contagious. She’s quirky (a word not used lightly with its context from the film), and extremely endearing. There are scenes in this film where Tully is just staring at Marlo in a way that is creepy yet sweet. She is clearly admiring Marlo and her motherly nature. It says a lot about who Tully is, and makes her all the more enjoyable.

The story in this film is definitely more emotional than the other two films mentioned earlier. The writing also feels a bit more mature than Cody’s other works. Marlo is a complex person, and the character reflects that throughout the story. Her own insecurities and struggles are challenged by Tully, and Marlo steps up to the challenge. The relationships throughout the film reflect the complexities of being a person. This fact is emphasized in the lack of a true antagonist. There is no major dramatic moment that feels scripted, but rather several small ones that are just a part of life and the hand that this family has been dealt.

Tully has several moments that will not soon be forgotten. Cody’s growth in her writing is clear, and the ending of the film definitely speaks to that. Parents will easily relate to the struggles that Marlo goes through, and spouses who maybe don’t help as much with the children will feel a tinge of guilt and an increase in respect. Tully earns the Must See rating, as well as its place alongside Juno in Reitman and Cody’s best work.