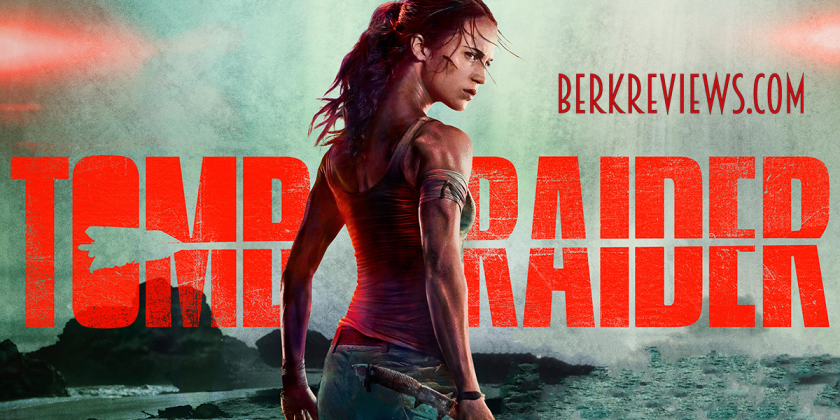 The first half of Tomb Raider (2018) felt much better than the second, but it is still one of the better video game adaptations. At times, the movie was able to create some good action sequences and craft some solid tensions. As it progressed, the dialogue got cheesy and the pacing quickened a bit, but it still managed to stay entertaining.

Tomb Raider starts stronger than it finishes but is better than a lot of the video game adaptations.

Seven years after Lara’s (Alicia Vikander) father Richard (Dominic West) went missing, she discovers he had hobbies outside of running his business. Seeking to find out what happened, she hires Lu Ren (Daniel Wu) to transport her to an island she believes he had ventured to. This adventure leads her to a man named Mathias Vogel (Walton Goggins), who knew her father and is seeking the same treasure her father had been.

I’ve played a part of the last Tomb Raider game that this film is based on, but my understanding is that it is very similar while being much more grounded than the game was. In some ways, it makes this film a little too dramatic, and not as fun as a video game movie could be. However, the cast in the film and many of the early action sequences are great. The entire shipwreck sequence is unbelievably intense, and I was very much concerned for both Lu Ren and Lara’s wellbeing. As the ship slams into a giant rock, there are a series of close calls that definitely had me holding my breath. Although unlike the game the film is based on, the movie takes its time getting to the ship, as it feels the need to establish a lot about Lara and her world before finding out about her father’s hobbies.

One of the early story issues is the opening narration of Richard explaining the legend of Himiko that is later repeated when Lara discovers the tape. It was unnecessary to do both, as it is literally repeating much of the information, and there was no need to hear it before Lara did. Then, there is Lu Ren’s unexplainable loyalty to Lara that the filmmaker cuts to a few times during the main adventure to let us know that Lu is still just waiting. There are few hiccups like this in the film that take away some of its momenta and could have easily been trimmed to make a tighter film.

On the bright side, Vikander is great. She really brought the physicality and ferocity to the character. There are some moments in the film that get a little more dramatic than needed, but she’s definitely proven to have the chops to handle anything a movie like this could ask of her. If the franchise continues, there is a lot of potential with her at the helm. Goggins plays a good antagonist, but he really didn’t get much to do in this film. It’s hard to say he’s complex, but it did seem like he tried to take the role seriously.

Tomb Raider has its flaws but was overall enjoyable. The first hour has some really good action sequences, and the story takes interesting twists at a few different points. Despite the cheesy dialogue that even Vikander and Goggins can’t fix despite their earnest performances, the film earns the Decent Watch rating.