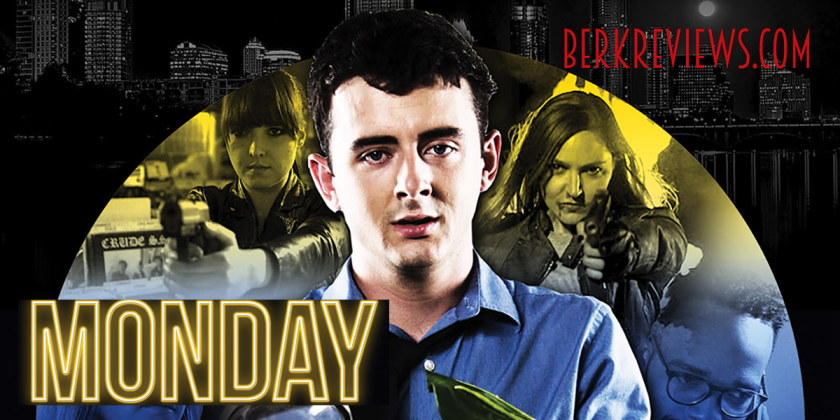 Robert Rodriguez is a legendary filmmaker at this point with one of his biggest claims to fame coming from making El Mariachi for just $7,000. His book, Rebel Without a Crew, details the process of making the film and is a compelling read for any indie filmmaker. Last year, it was announced that Rodriguez was going to give other filmmakers a chance to make a film with an unscripted series, also called Rebel Without a Crew. I had the opportunity to see one of the films made during this challenge, called Monday (2018) directed by Alejandro Montoya Marin.

The film follows Jim (Jamie H. Jung), who is having the worst case of the Mondays imaginable. A pothead slacker who has just about everything in his life fall apart all at once, Jim begins to think his life can’t possibly get any worse – only to find out that it totally can. Jim is pulled into a turf war between rival drug cartels by two hit-women who seek to use him as a patsy to assassinate one of the cartel’s leaders. Jim brings his friend, Paul (Kenneth McGlothin), to help him get out of this impossible scenario.

Marin demonstrates a strong cinematic eye with this hour-long feature. The film looks good, and the choices made with shots and editing work for both the film and the budget limitations. What is perhaps most impressive is going for an action film with such a small budget, as that can really limit options…but Marin makes it work. The story flows well, but some of the dialogue is either weakly written or weakly delivered.

The cast in a low budget film can often be its downfall, but for this film, most of the cast is pretty great. Jung and McGlothin are entertaining, and some of the best laughs come when these two guys are on screen together. Even before the hit-women drag these guys into the turf war, there is a funny sequence at Paul’s stereo store. McGlothin demonstrates right away that he has a strong comedic presence in that scene, yelling about his ex-wife and her persistence in annoying him. Jung was a good new talent to lay the weight of the lead on. He is likable and definitely feels like a fish out of the water once the story kicks into full gear. 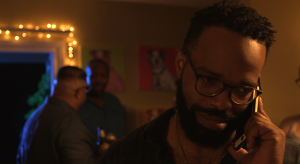 Unfortunately, not all of the performances are as strong. Anna Schatte plays the hit-woman and is a weakness in the film. Either her performance is too big or the dialogue was written that way. There is a running gag about Monopoly that doesn’t quite land in the film, nor does it land outside of it. Even when she references the joke not landing in the film, it feels like a bit of the script that could have been cut out. Of course, that is the challenge of writing comedy: it’s hard to know how a joke will play with larger audiences. Either way, Schatte’s performance leaves a bit to be desired, and never really feels believable or big enough to be a joke character mocking actual action villains.

Monday is an entertaining movie that shows a lot of promise from this young filmmaker. It appears that the Rebel Without a Crew television series is airing now on the El Rey network, but it seems like there isn’t a lot of information out there. Keep your eyes open for when you’ll be able to watch this film, as Monday earns the Decent Watch rating.