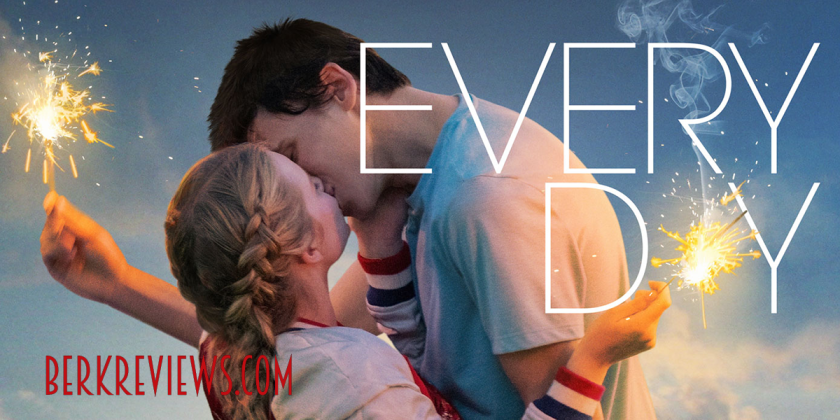 Teen dramas tend to get a pass from me, like last years Everything, Everything (2017), Paper Towns (2015), If I Stay (2014), and Fault in Our Stars (2014). I’m not sure if it’s due to having a daughter or just wishing my high school time had been better spent (curse you video games), but often these films manage to be endearing and entertaining. Every Day (2018) is the newest film that meets these criteria, and while I’m generally positive about the movie, it does have some glaring issues that will lower its rank amongst the others.

Every Day has some cool elements but falls flat in some areas. 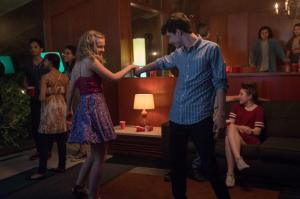 Rhiannon (Angourie Rice) is treated to a pleasant surprise when her boyfriend Justin (Justice Smith) is kinder than usual when he arrives at school. They skip and have an amazing day out, just being young and in love. Justin is kinder and more caring than usual, and – possibly best of all – he isn’t smoking, so kissing tastes better (basically a line in the movie). The following day, Justin doesn’t remember anything, but he is dealing with the consequences of skipping school. Amy (Jeni Ross), a new girl who is shadowing Rhiannon, stands up for her to Justin, and Rhiannon is left reeling by all of this. It’s not long after that “A” introduces itself to her, telling a story that is hard to believe.

The film’s premise shares elements of Quantum Leap in that A wakes up every morning in a new body, which is really where the comparison ends. This body-jumping is the reason Justin was different, and probably the biggest challenge of this film: casting. Fifteen different actors are credited as A on IMDb.com. Some of them have bigger roles in the character, but to reveal which would be a spoiler. It was impressive to have so many teenage actors play the same character, and they all did a good job with the time they were given. “A”’s life is unique and isn’t really the focus of the film. The film does a decent enough job explaining the rules, but the real focus is the connection A finds with Rhiannon.

Rice is a superstar in the making. She was the standout in Shane Black’s The Nice Guys (2016) and gets a chance to really shine in this film. Her presence is fresh and genuine, and she really makes you connect with her. The most significant challenge in this love story is that she has to have chemistry with multiple people of all genders and races. A never knows who it is going to be, and thus Rice has to have the same interaction with each of the individuals as their relationship grows. It seems like this would be a challenge no matter what, but Rice nails it and makes this film much more enjoyable as a result.

There are positive messages in this film that fit into the evolving world we find ourselves in. “A” as James (Jacob Batalon) says “I’ve seen the same blue 50 different times from 50 different eyes,” and later as Vic, who Rhiannon confuses as a girl, says “Not everyone’s body aligns with their minds.” Rhiannon loves A no matter who it is each day, and that is progressive thinking: love the person, not the body. However, there are problems in this film. The stakes are a little low and predictable. There are several story arcs that don’t get resolved or are resolved too abruptly: Her parents’ marriage, Justin’s role in her life, her relationship with her best friend, and her father’s painting faces.

While I was pleasantly surprised with many aspects of the film, these little things bugged me enough to tarnish the film. It’s an enjoyable romance and the fantasy premise makes for a unique love story. I would have loved to explore more about A and get some information as to why A has to go through this life body to body. However, that’s not what the film was interested in, and that’s fine. Every Day earns the Decent Watch rating.