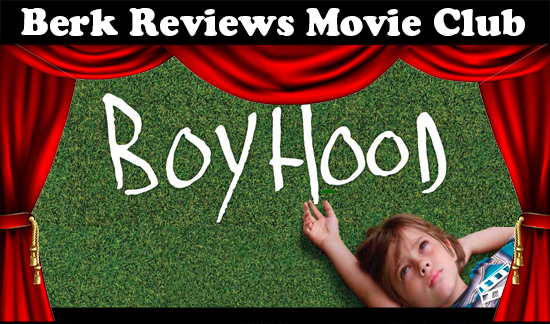 To finish the first month of year two’s theme of Certified Fresh, which are movies that are on the Rotten Tomatoes all-time top 100 list that either Jonathan or Corey or both haven’t seen, Jonathan selected Richard Linklater’s Boyhood (2014). The film stars Ellar Coltrane, Patricia Arquette, Ethan Hawke, and Lorelei Linklater. It had a lot of awards acclaim and boasts unique filmmaking elements having been filmed over 12 years. Corey had seen this before, but Jonathan had skipped it not sure if the 2 hour and 45minute run time was worth the risk of the novelty.

Before they get into their initial reviews of the film, Jonathan and Corey discuss what they’ve been watching recently. Follow Jonathan Berk (@berkreviews) and Corey Starr (@coreyrstarr) on Twitter, Instagram, and Letterboxd (berkreviws and coreyrstarr) to keep up with their comments, thoughts, and lists. The films they discuss, spoiler free, include Phantom Thread, Den of Thieves, Forever My Girl, Paddington 2, and Mudbound.

Next weeks episode changes the theme for the month of February -mainly because of the greeting card holiday that is Valentines Day – to Romantic Comedies. Both tend to be a fan of the genre and there are plenty that has been skipped over. Corey gets to pick the first movie and it’s one neither of them has seen. Moonstruck (1987) directed by Norman Jewison and starring Cher and Nicolas Cage. It’s currently available to stream on Amazon Prime