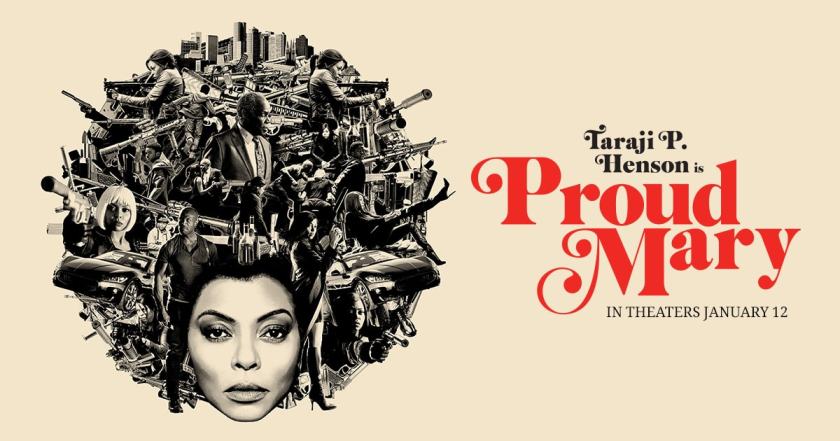 Proud Mary (2018) could have been a solid action movie with a bit of heart. Instead, director Babak Najafi delivers a film with erratic editing, weak storytelling, and far too few action sequences. The one saving grace is Taraji P. Henson and the chemistry she has with Jahi Di’Allo Winston. Whether it was script problems or lack of direction, it’s a shame that the solid performances form Henson and Winston aren’t in a better vehicle.

Proud Mary should be a little more humble

Mary (Henson) is a hitman –  or muscle for a crime family…or a head member of the family…or an ambiguous something for this family- who realizes that she’s orphaned Danny (Winston) after taking out his bookie father. She watches from afar for a year before intervening, but her actions shake up the uneasy peace between two crime families. From there, you can probably guess how this film will play out…and you’d be right. Not that a film has to be new or original to be good; this one’s just not good. Luckily, it isn’t the fault of the leads.

Mary and Danny have so much chemistry on screen that the moments that include them are genuinely engaging. Both Henson and Winston are able to breathe life into these characters that the script leaves fairly flat. The talent behind the characters easily overshadows their simplistic backstories and demands that you care about their outcome. Yet, the lazy editing of the dialogue sequences and the weakly staged action sequences don’t put the character’s fates in that much of a risk to worry about.

The amount of odd choices this film makes is about as unbelievable as the final action sequence. There are more shots of cars parking than in all of the Fast and Furious movies. Not car chases. Cars parking. Apparently, the only way to show the passage of time and space is to show a car pulling into a parking space. This film has a solid action movie runtime coming in just under 90 minutes, but so much of the film wastes its time with scenes that don’t develop the narrative or flesh out characters. The film pulls from Leon: The Professional and John Wick, but doesn’t come close to doing what either of those films achieved.

It’s unfortunate that the film isn’t stronger. There are several moments that could have been a solid drama mixed with action. However, it doesn’t really seem to know what it’s trying to do at all. Proud Mary earns the Not a Total Waste of Time rating.